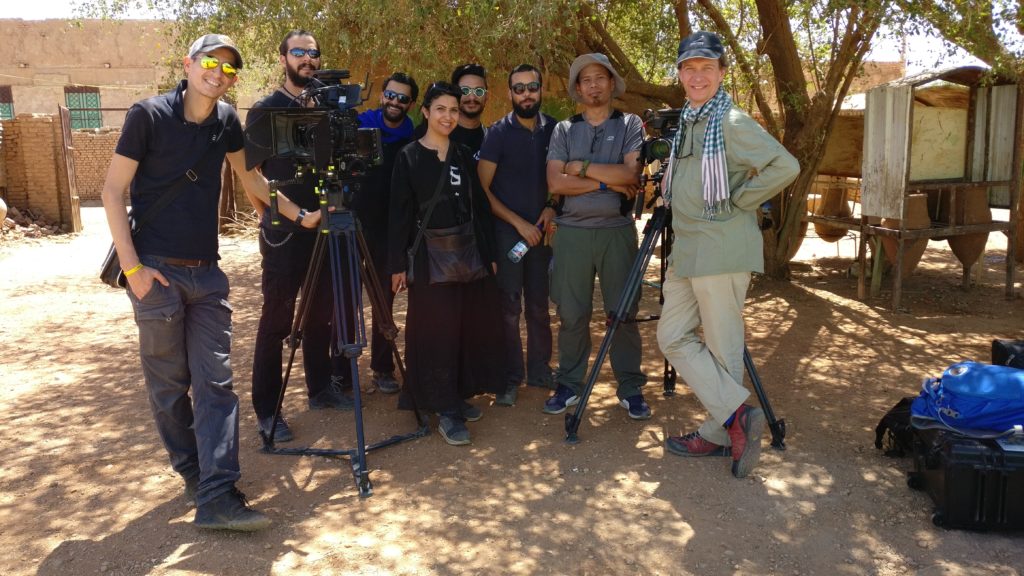 There are times when I reflect on my career choices. Flying through the air having been catapulted from the pillion of a Burmese motorbike near the border with India. Strung up to a drip in a hospital in central China after eating something particularly reactive. Motoring across the Sahara for twice the predicted time, in order to shoot in an uninspiring prefabricated village. Hounded out of a breakaway post-Soviet republic with Cossacks in pursuit.

These are the moments when you ask yourself some particularly searching questions. Most notably, what am I doing here? But for each of these moments, there’s an experience and a story and a place and some people, and the pleasure and privilege of being able to share them with an audience. Usually an audience that is just as strung out around the world as my career.

Sadly, like so many, I’ve been grounded these past few months. International production is barely a thing for now. Hasty trips through airports to jet-lagged adventures in shockingly different climates have been replaced with the occasional bleary shuffle to the supermarket and a shuffle back in time for a Zoom call which might, just might, lead to something.

For the broadcasters and larger production companies, this has meant shifting focus. Britain – and England in particular – has always been an inward-looking place. Not without reason: there’s a lot to experience in this little set of islands. But it isn’t the world. So Top Gear is now rediscovering itself by replacing its exotic international shoots with UK shoots, and saving some money into the bargain. And there’s nothing wrong with that, for a while. But let’s not allow this to become the new normal. Too much self-admiration doesn’t really turn out all that well in the long run. We are part of the world, and only really exist in relation to it. We need to challenge our biases rather than confirm them. We need to experience how life is lived by others. We need to expand our minds, not confine them. We need to build our understanding, find things in common as well as differences and celebrate them all through the stories that we tell. We need to engage our imaginations and our empathy, get to know the foreign and the other, and embrace it all. This applies to audiences and production outfits equally.

And of course there’s the audience’s cabin fever. Bake Off and the Apprentice only take you so far. But what’s more escapist than travelling the world, even if it’s only through another’s eyes? Viewers shut in their houses and neighbourhoods are getting desperate to see something different.

So by all means, while we need to be sensible, let’s be local. But let’s make sure we also think global. And then, as soon as we can, by hook or by crook, let’s open those windows on the world and get back to international production.